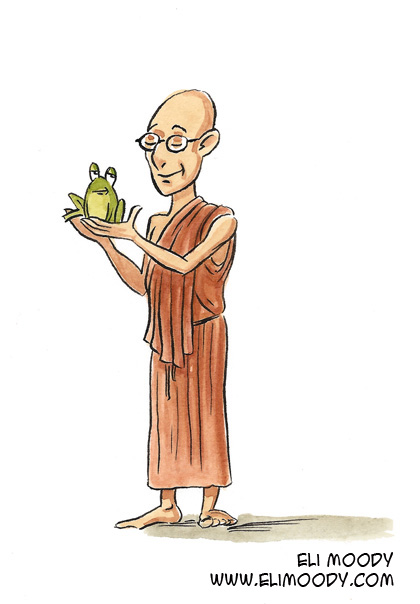 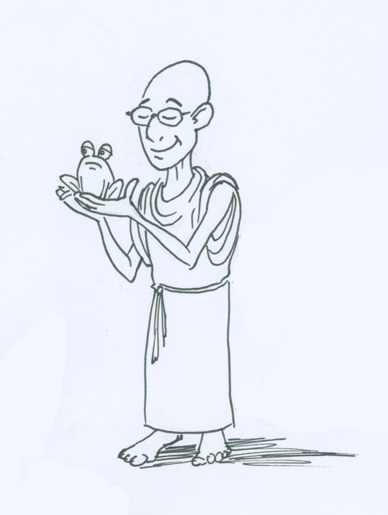 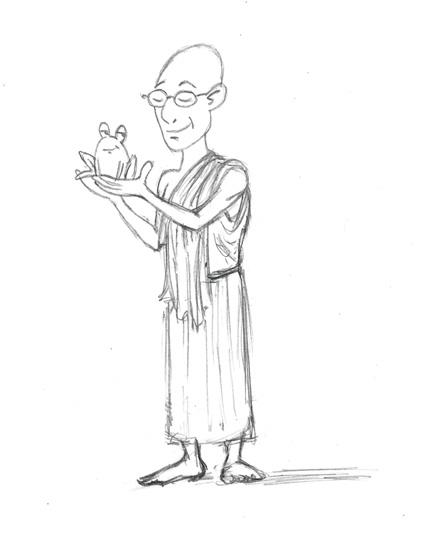 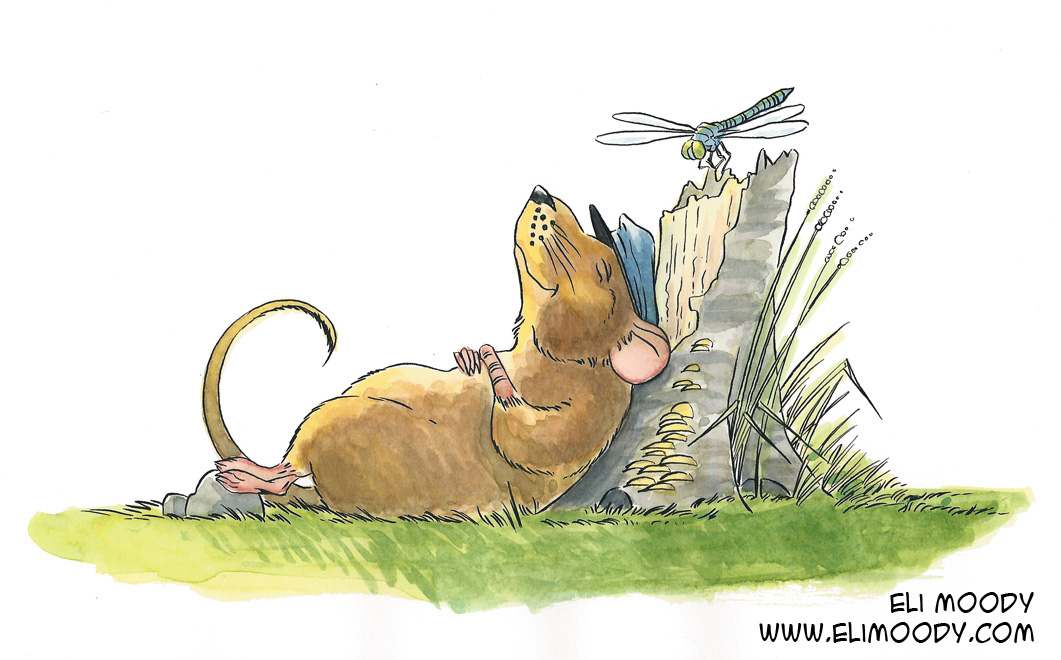 In my previous post, I discussed my illustration of The Mole from Wind in the Willows, which I created for my newborn niece, Willow. Today, I present the companion piece to that one, The Rat. Once the Mole ventures out of his hole, he comes upon the Rat, out rowing his boat on the river, and joins him. This is a river rat, or water vole, which live in England and are closer to a muskrat than the city rat or farm rat (which is what I tend to see in my mind when I hear the word “rat”.)

I decided to show him taking a nap along the riverside because that’s what sunny afternoons are for when you’re a river rat, right? I had a good time with this one, coming up with various shades of brown to try and give him some dimension and make him look furry. Below you can see the pencil drawing I did for this sketch. I wish I had matched some of the pencil lines more closely when I inked it, but overall I’m pleased with how this turned out. 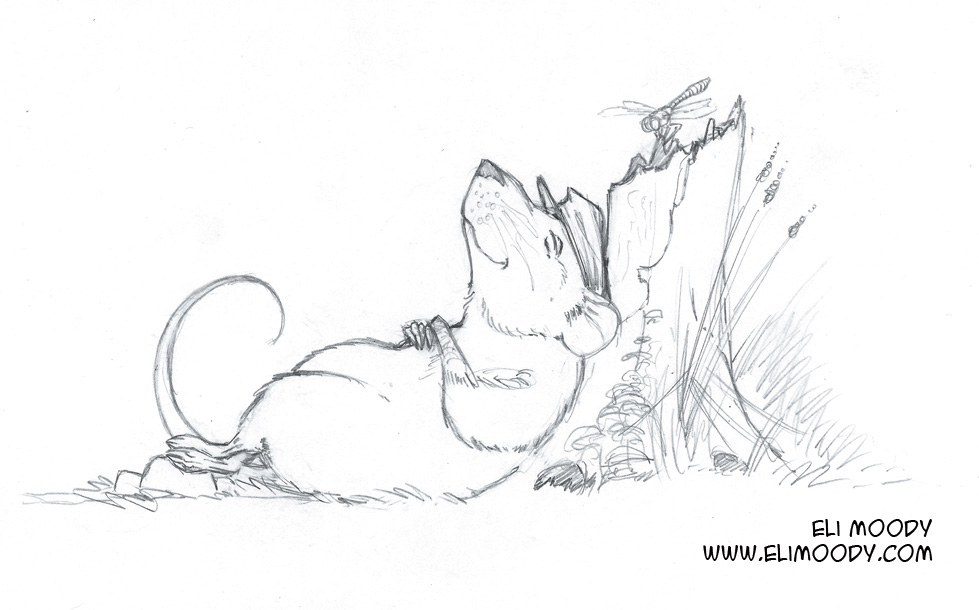 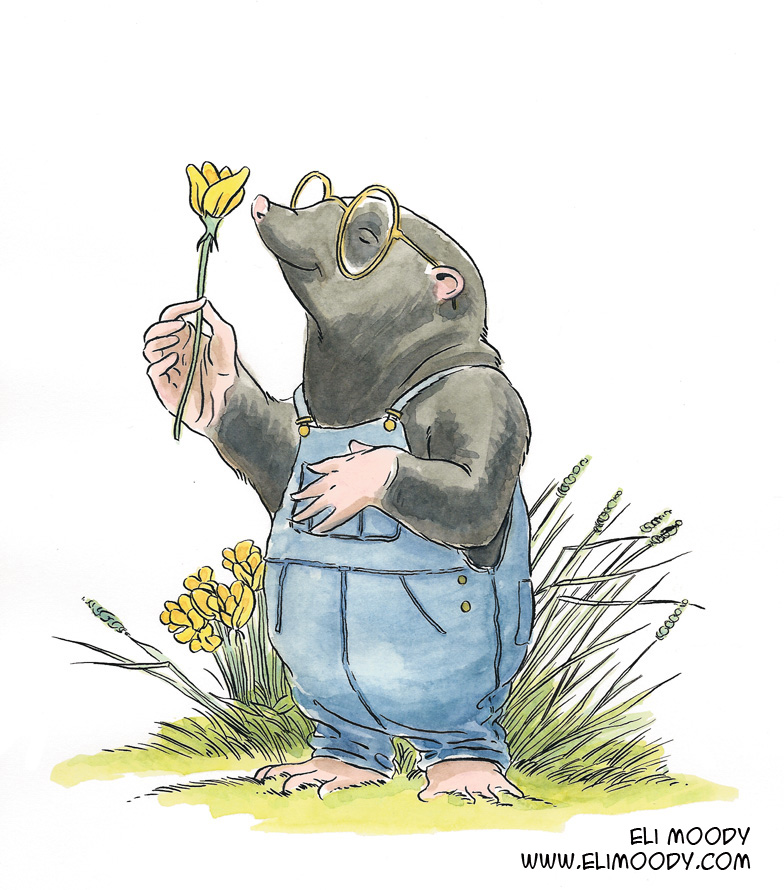 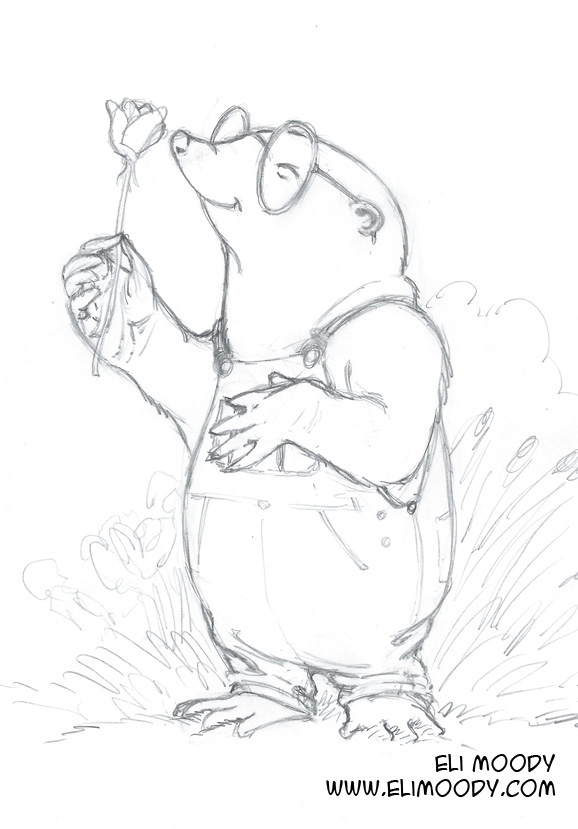