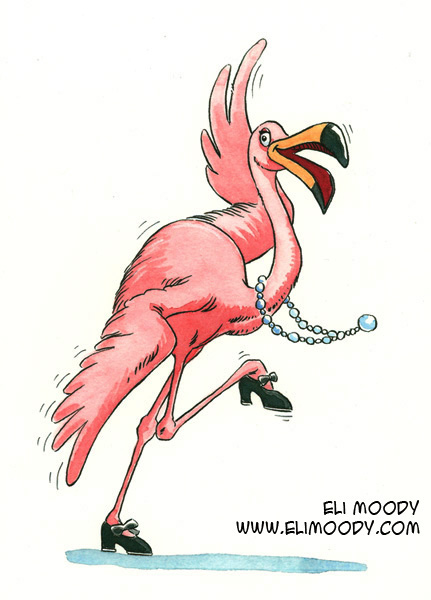 A couple of years ago I was asked about contributing some flamingo background dancers to the cover of a CD. I quickly found some reference for flamingos online, and drew up this wildly dancing, 20’s era flapper-looking, flamingo back-up dancer. I inked the drawing with my Pentel Pocket Brush Pen (one of my favorite art tools of all time) and then converted the inked lines to vectors in Adobe Illustrator. Here is what my inked, unconverted lines looked like: 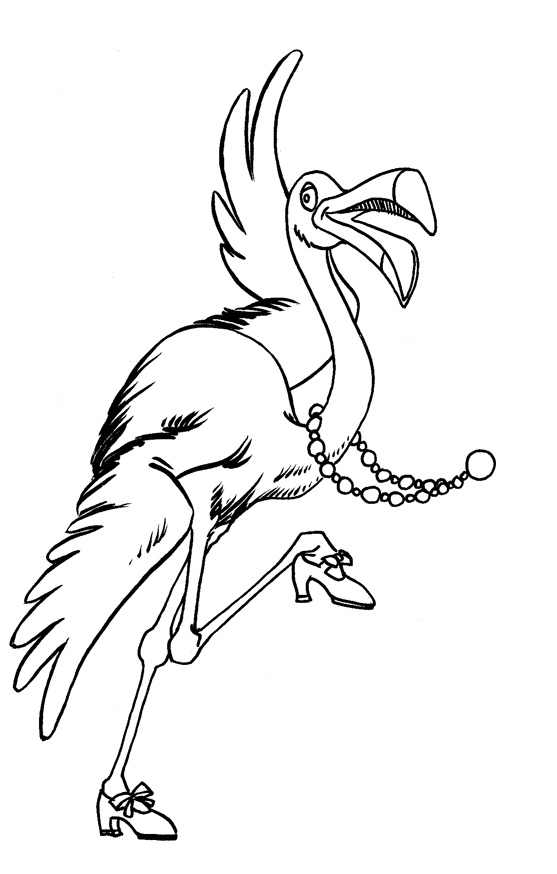 I then added colors in Illustrator and posted it to facebook. Here is the colored, vector art image: 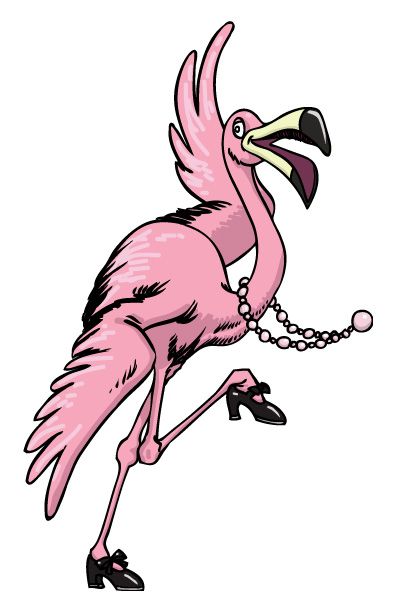 Ultimately the musician decided to go in a different direction, but I got a lot of positive facebook comments for it. Recently I was looking for older work that might be fun to redo as watercolors, and this image came up. I like my watercolored version more than the vector art version because the lines are more delicate and don’t overpower the colors as much as some of the lines do in the vector art version. I also changed the pearl necklace to blue rather than pink, and I think that makes for a nice break in the colors.

That’s all for today. Thanks for stopping by! 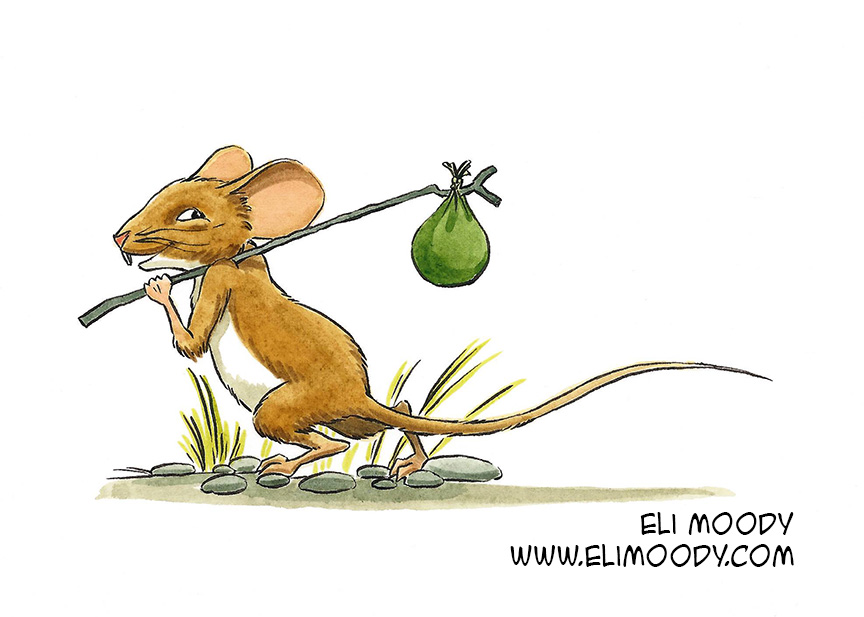 This image came from a time of free-sketching where I started drawing a mouse head. It had a mischievous expression and I decided to draw the rest of the body as if it were running away from something, much like the Playful Basset Hound that I did a couple of months ago. I initially thought that he had stolen something and was running away, but I couldn’t decide what he had stolen. I settled on the classic “handkerchief tied to a stick” for him to carry, and decided he was running away from home, or something like that: 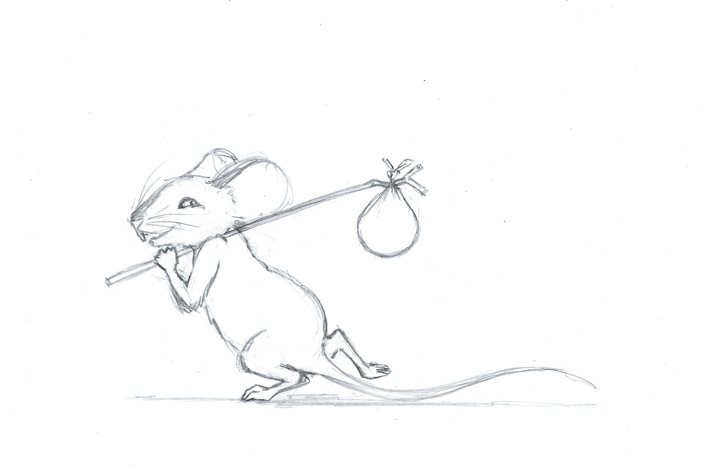 I decided his back foot that I’d drawn in the air to show he was running looked weird, and redrew it on the ground instead. This made it look like he was walking instead of running, so I decided that he was setting off on an adventure, a concept I liked a lot better than the idea of him running away. I also drew in some rocks and grass to help explain the placement of his feet: 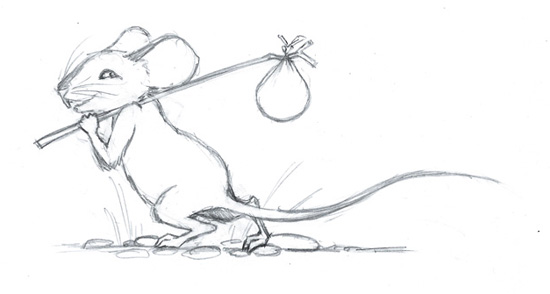 I then proceeded to mess up 2 attempts to ink this drawing due to the fairly light nature of my penciled drawing. I usually tape a piece of watercolor paper over top of my final penciled drawing and using a light table I trace my penciled lines onto the watercolor paper in ink, being careful to keep the lines pretty fine so that they don’t overpower the colors when I add them. In this case, I couldn’t see the mouse’s expression very clearly though the watercolor paper, so I messed up on his face twice. The first time, I finished inking the rest of the image after I had messed up so that I’d have something to practice on when it came time to add colors. On my third inking attempt I darkened the scanned lines in Photoshop and printed them out, making it easier to see his face through the watercolor paper. Here are those ink lines: 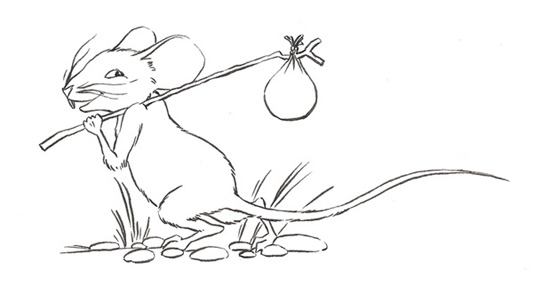 I was glad I had a version of this drawing to practice coloring because I messed up the colors the first time around, and I was able to solve those problems before coloring my good inked lines. There are few things more frustrating to me as an artist than messing up a nicely inked image and having to ink a new version all over again. Later on, I decided that I didn’t like the upper whiskers, and erased them in Photoshop. Well, that’s the story of this adventuring mouse. Thanks for reading!