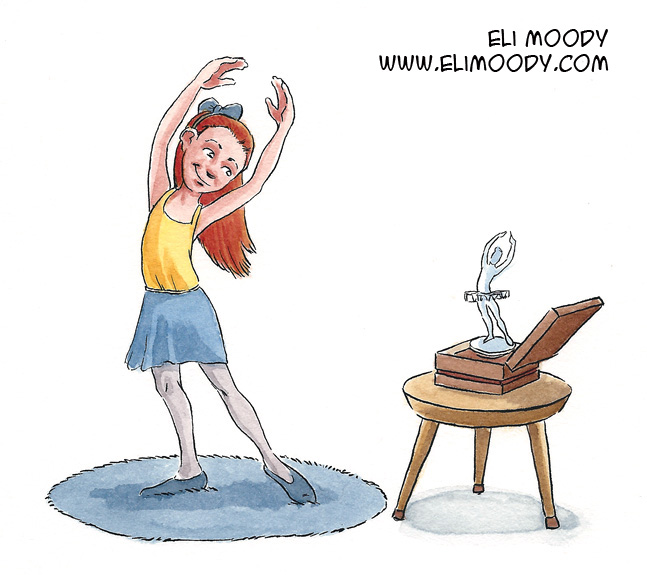 As I close in upon completing my portfolio of spot illustrations, I have been focusing exclusively on humans due to the fact that my portfolio is still what some might call ‘animal heavy’. I love animals and love drawing and coloring them, but I assume that art directors will want to see that I can draw and paint a variety of humans as well. My wife and I spent a Saturday lunch a few weeks ago brain-storming a number of human illustration ideas over delicious plates of Chinese food, and one of her most inspired ideas was, “What about a little girl dancing to the tune of a ballerina music box? Maybe she’s trying to mimic the pose.” I could immediately see that image in my head, and it was easily the best suggestion that either of us came up with during that lunch. Here is my pencil sketch: 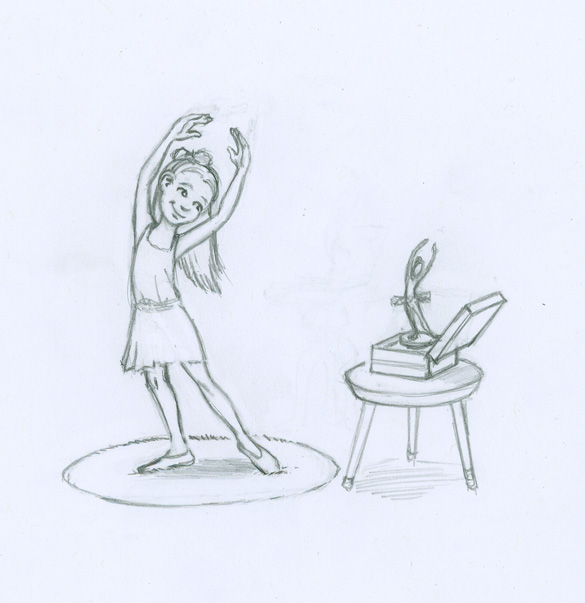 I spent a long time revising this drawing. It’s very easy for me (and most artists, I think) to get so bogged down in the details of images that I lose sight of the overall image. I would spend a lot of time just focusing on the positions of the fingers on her hand, only to realize when I looked at the whole image that she now looked like she had two claws! Once I’d found a decent balance between simplicity and detail, I played around with the colors in photoshop. Here is the colored sketch that I worked from: 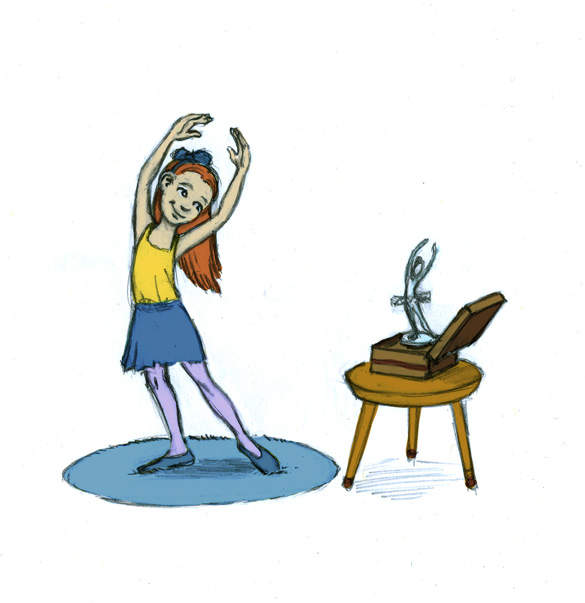 When I set to inking this image, I was very careful to keep my lines light. I knew that this was a delicate image, and even one sort of heavy ink line could ruin that sense of delicateness. I’m pretty happy with how this came out. 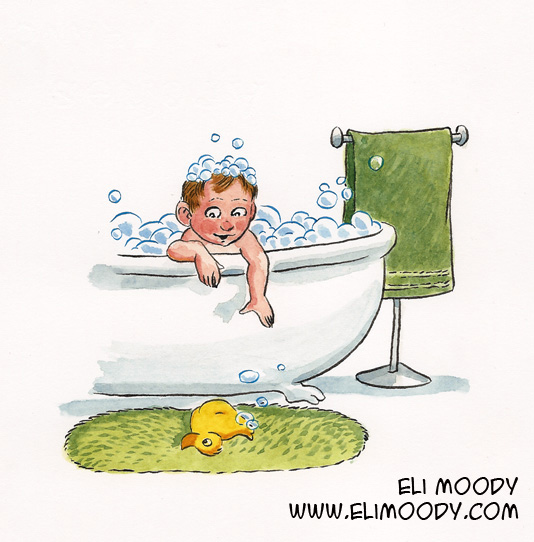 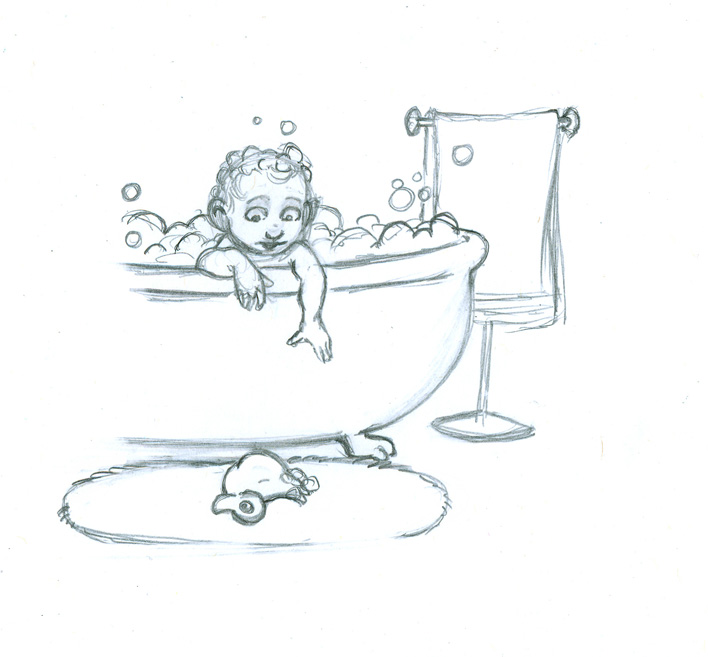 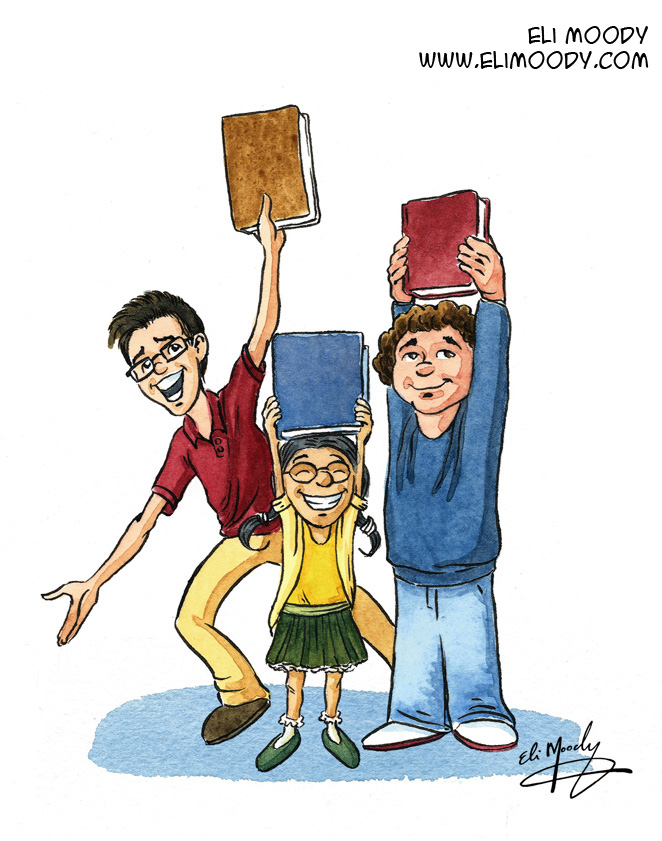 I created this image for the children’s department of the church which I attend. It was for a fundraiser called Word Up where 1st-5th graders were given passages of Scripture to memorize, and they were supposed to get pledges for the memorization. The proceeds went to an orphanage we support in India. I was teaching 3rd graders in Sunday school at the time, so I used a couple of them for this promotional image. I wanted to have a small group of kids that had diverse ages, sizes, genders and races. Here is my revised pencil sketch: 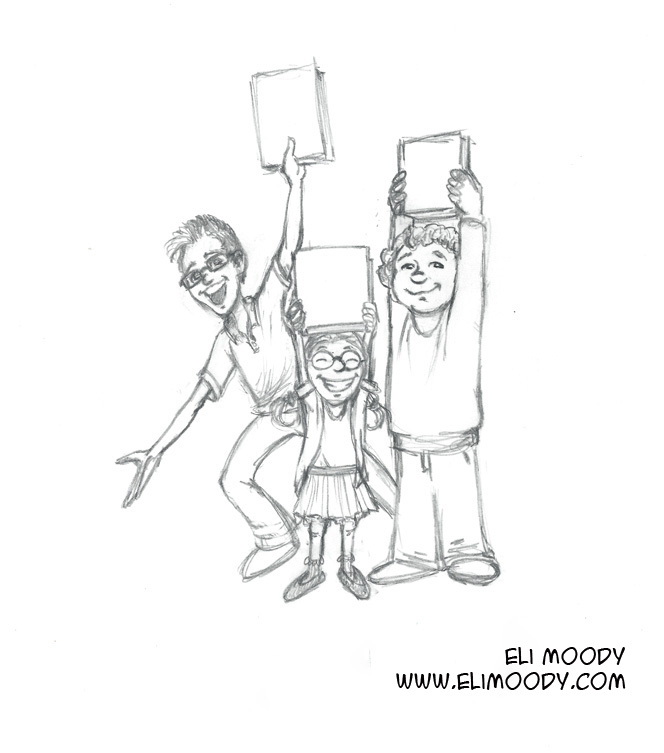 Sometimes I can see colors for images in my mind and just go paint them, but in this case, it took several attempts to work the colors out. I opened my sketch in photoshop, set the image to ‘multiply, and then colored in a layer beneath it. Looking back, having the blue cover next to the blue sweatshirt wasn’t the greatest idea. Maybe purple would have been better. Here’s the colored sketch I worked from: 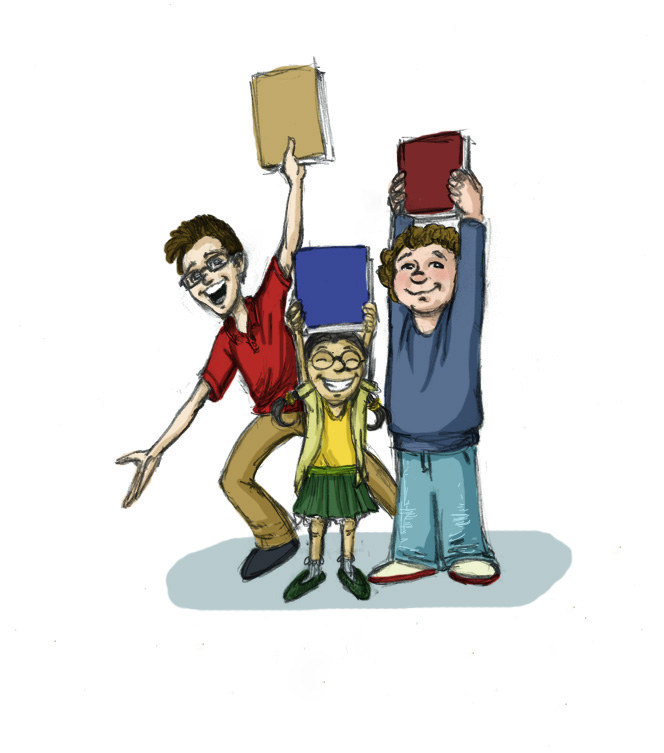 One last note, I did the ground shadow on a different piece of paper and then added it in Photoshop after I’d scanned in my group. Most of my illustration is done on ‘hot press’ paper, which means that it has a smooth surface, which I prefer for inking the image. The shadow however was done on a piece of ‘cold-press’ paper which had a little bit more texture to it. I did this because cold-press paper seems to handle flat washes of solid color better.