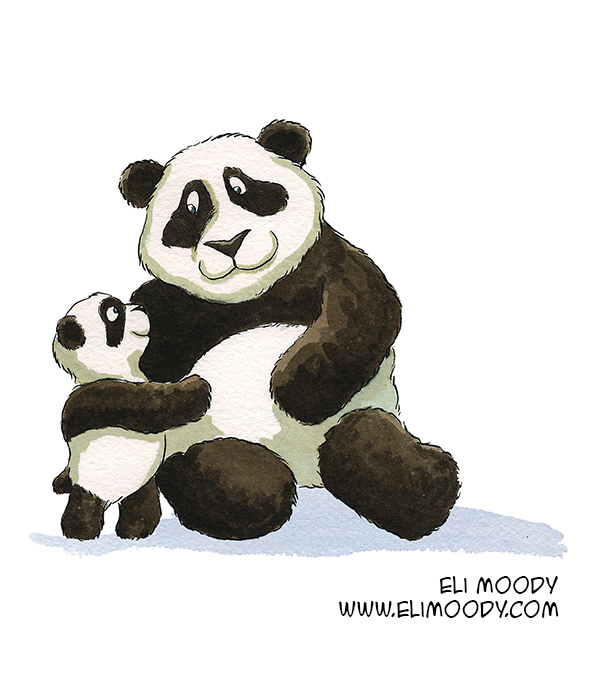 I was thinking about painting an animal mother and child, and having recently seen the pandas at the Atlanta Zoo I decided to give them a try. Pandas are adorable, but it took a while to pose these two so that the dark areas wouldn’t just blend into each other. Here’s my pencil sketch: 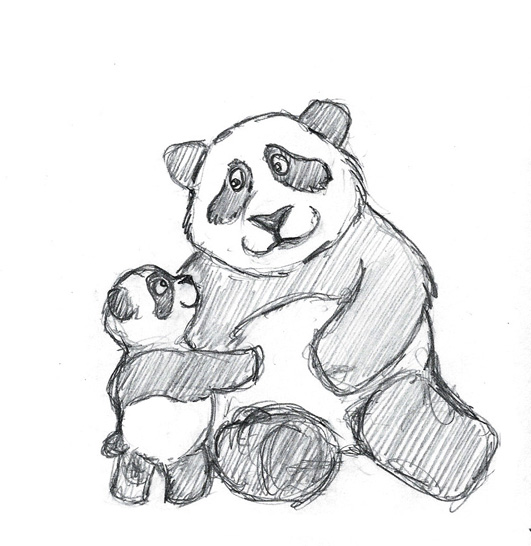 Up to this point, I’ve been using hot press watercolor paper for my paintings because I wanted to have a smooth surface for inking. I don’t really like how the paints act on the hot press paper though, whereas the rougher cold press paper spreads and holds the paints much better, so with this painting I tried cold press. I wasn’t sure how the inking would be, but it turned out to not be a problem. I decided to build up to a dark brown rather than straight black for the dark areas of the fur, which would allow me to add some volume to the figures. I think I’m going to be using cold press from now on.