My wife suggested at one point that I paint a polar bear playing ice hockey. It took me a while to get a pose and concept I liked, but eventually I decided to have the bear practicing shooting. I decided I wanted some other animals standing around watching, and some pudgy birds fit the bill. Penguins wouldn’t work due to geography, but a search of Arctic birds revealed that puffins live in the Northern Hemisphere, so they were chosen. Here is my final pencil sketch:

I inked the image using a brush pen directly onto the watercolor paper with the help of my light table:

I decided to set the scene at sunrise to contrast the purple and blue tones I wanted to use for the snow and ice. I live in Nashville so I costumed the bear in colors that are reminiscent of the Predators’ colors, without being specific about it. I’m really pleased with how this turned out, and am delighted with the color blending effects I’m learning to add to my work. Thanks for reading! 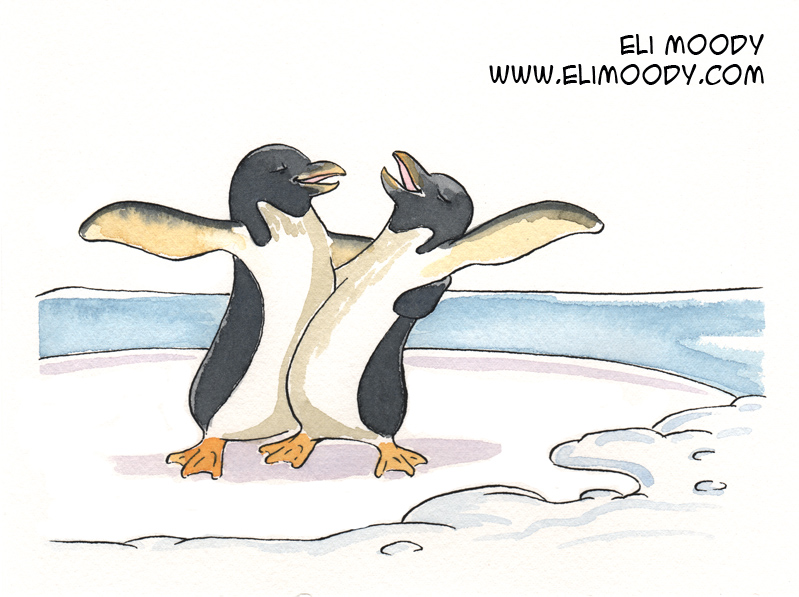 I was watching Planet Earth 2 around the beginning of the year, and was struck a segment involving a huge colony of penguins living on a big frozen lake. For some reason, later that evening the image of a penguin couple waltzing around on that frozen lake popped into my head and I thought it would be fun to paint. Here is my page of sketches: 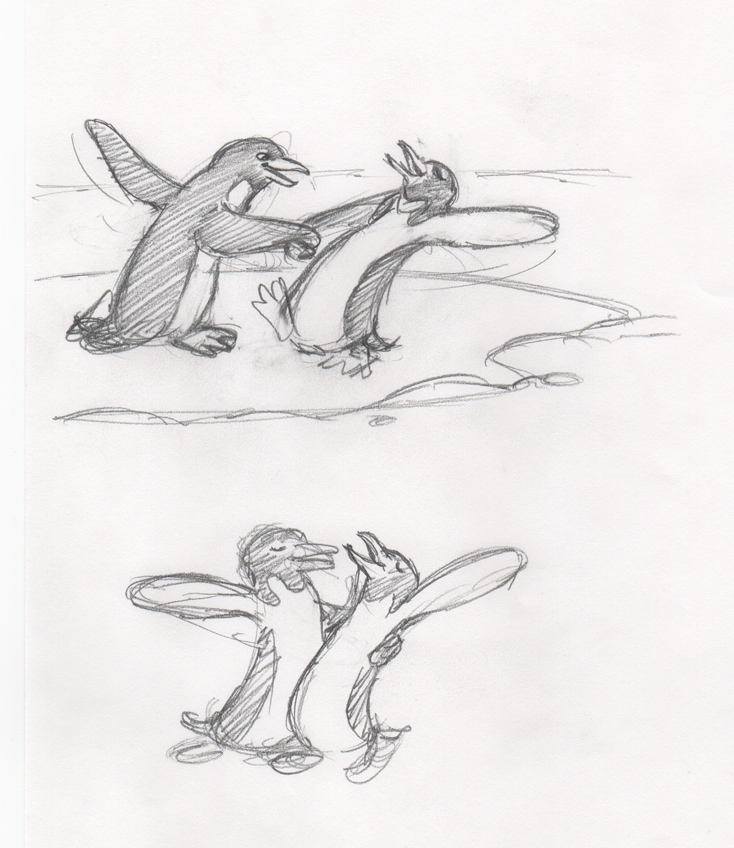 I liked the lake that I drew, but wasn’t satisfied with the initial sketch because instead of looking like the male was dipping the female, it looked like he was keeping her from falling down. I decided to rework the pose so that it looked more like dancing. Here is my refined sketch, combining the best parts of my initial sketches: 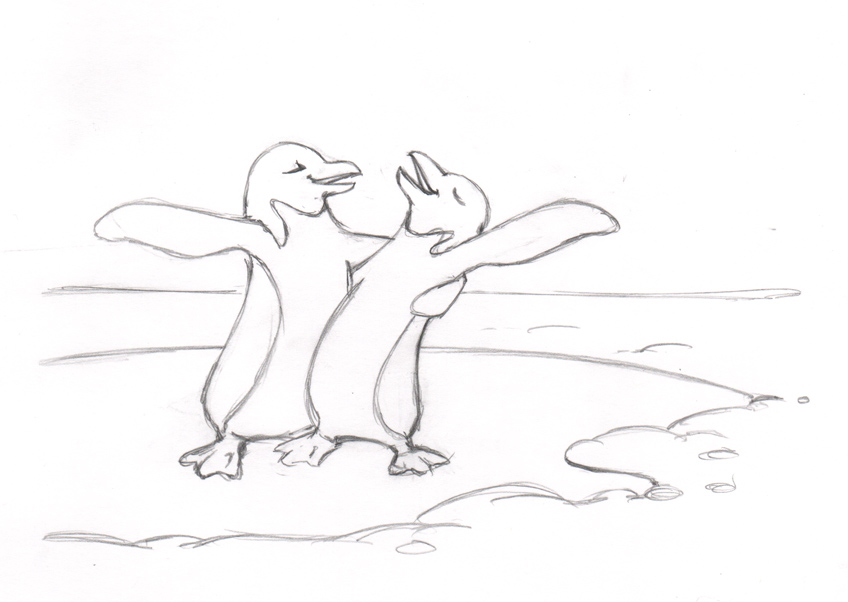 You can see that I refined the shapes of arms and legs, and clarified their expressions. I am really pleased with how this image turned out; this penguin couple looks like they are having a lot of fun. Thanks for stopping by!