At one point, feeling like I had no inspiration for new images, I turned to Facebook for suggestions, and my Dad offered me several, including, “a kid with a balloon tied around his wrist which is lifting him off the ground, while his mother walks along with him, unaware.” I really liked this suggestion and decided to sketch it out:

I wanted to add a little bit of background, so I decided to set the scene in a park, and added flowers and a bench. I texted my wife for outfit suggestions for the mother, since I’m not really into fashion. I’m not sure why I chose toned paper for my original sketch, because it was difficult to get a nice printout to use for inking. After adjusting the levels and making other tweaks in Photoshop, I was able to print out the sketch to transfer to watercolor paper on my light table:

My first attempt at colors was fairly straightforward in terms of color choices, but I messed up while painting the sky, and I felt like adding the sky was taking away from the impact of the balloon, so I decided to try and add a shape in the background instead, and get rid of the bench and flowers. That strategy didn’t really work for me either:

I messed up the subsequent inks a couple of times, and eventually decided to just go with the simple background and white sky. Even on my final version, I made a couple of mistakes with the colors, but fortunately I was able to correct them in Photoshop:

This is one of those images which took several attempts to get right, but the end result was worth it. Thanks for reading! 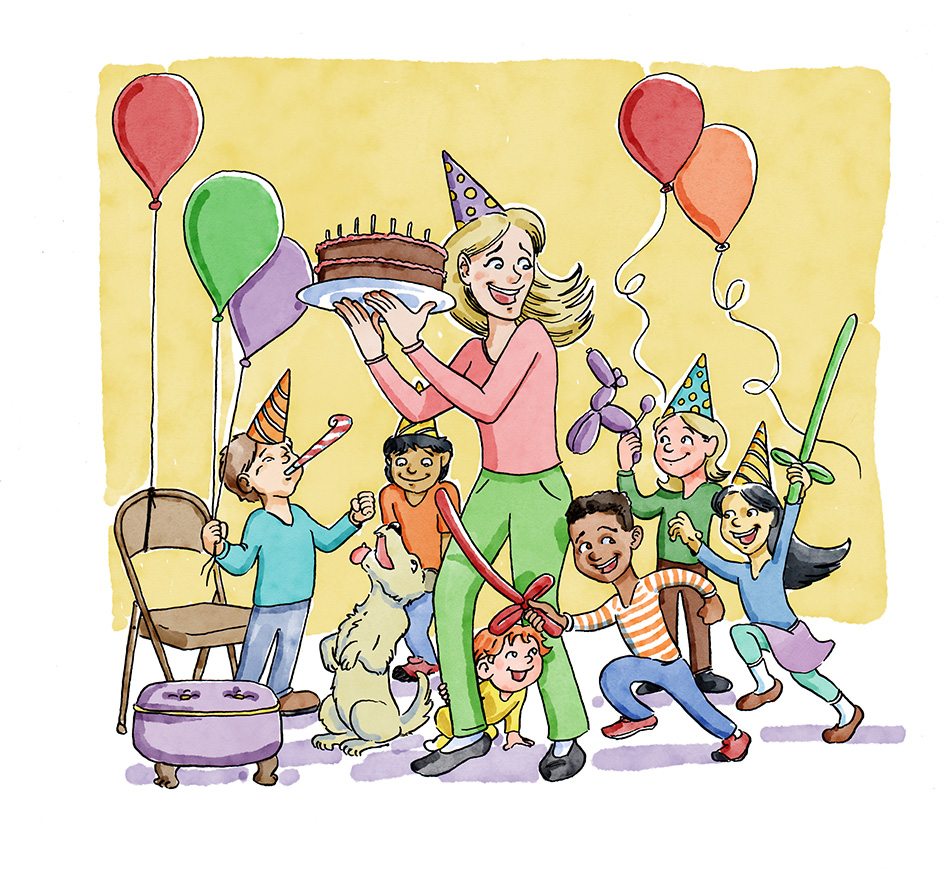 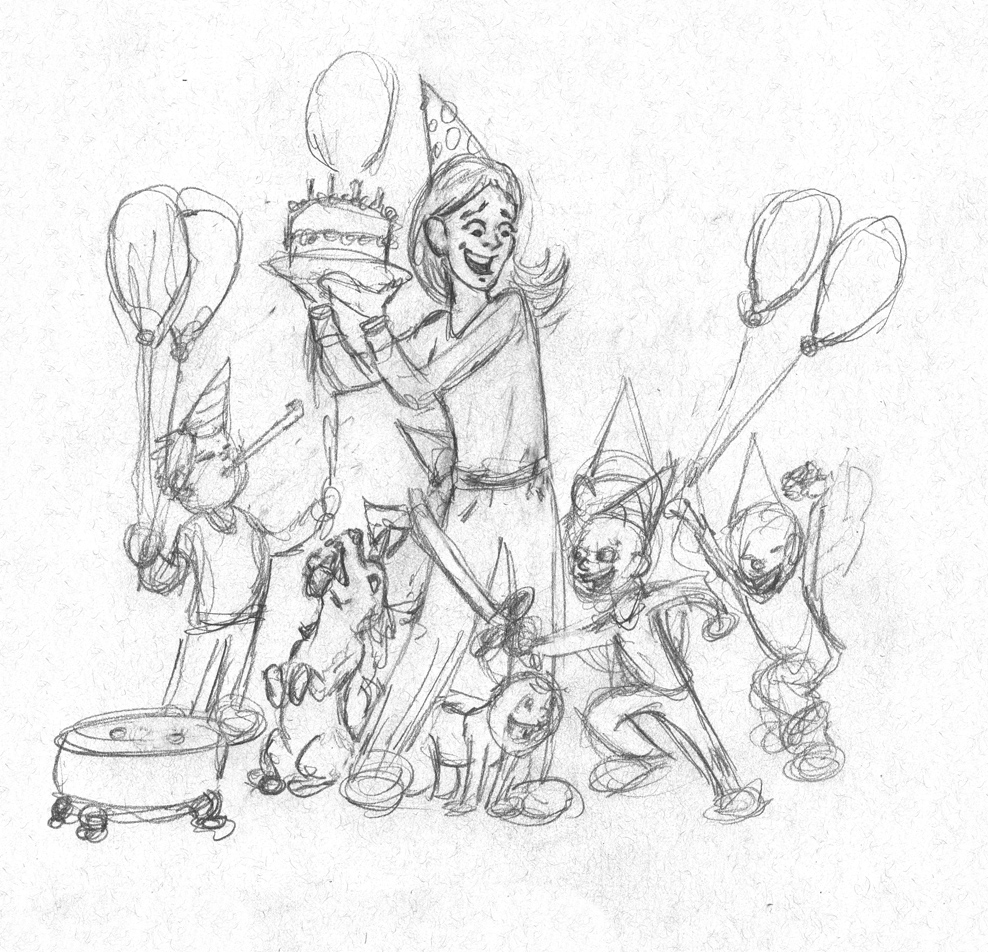 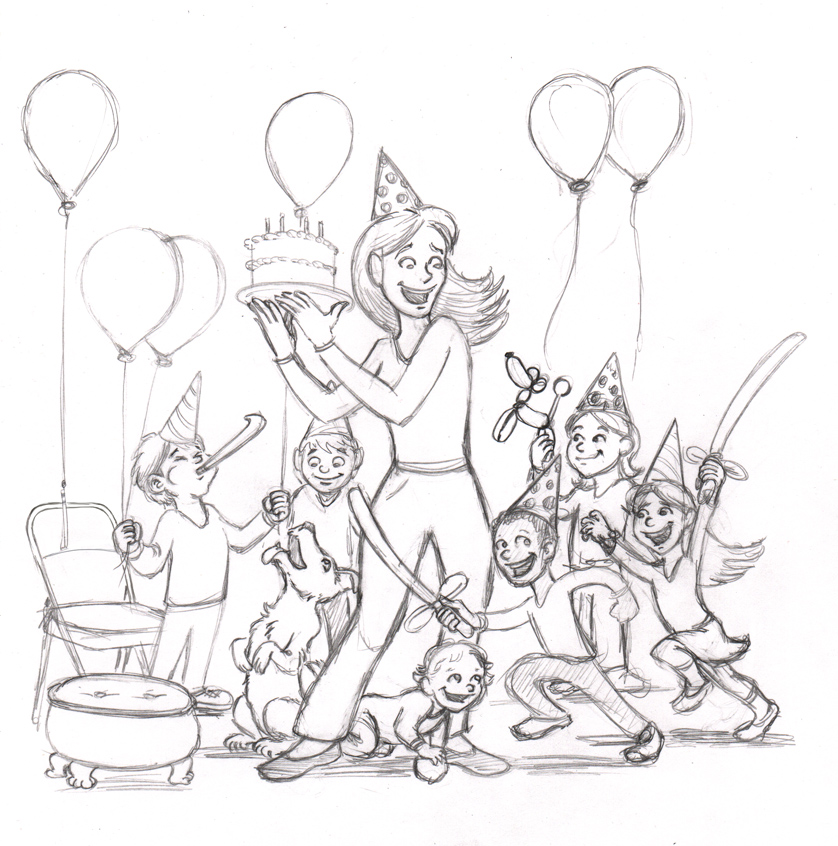 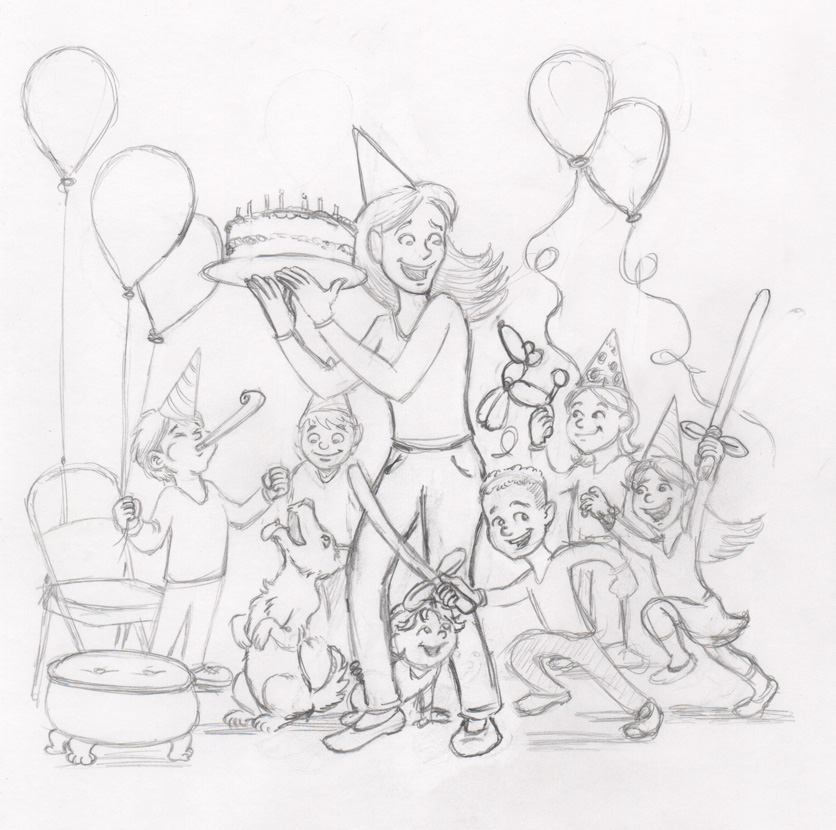