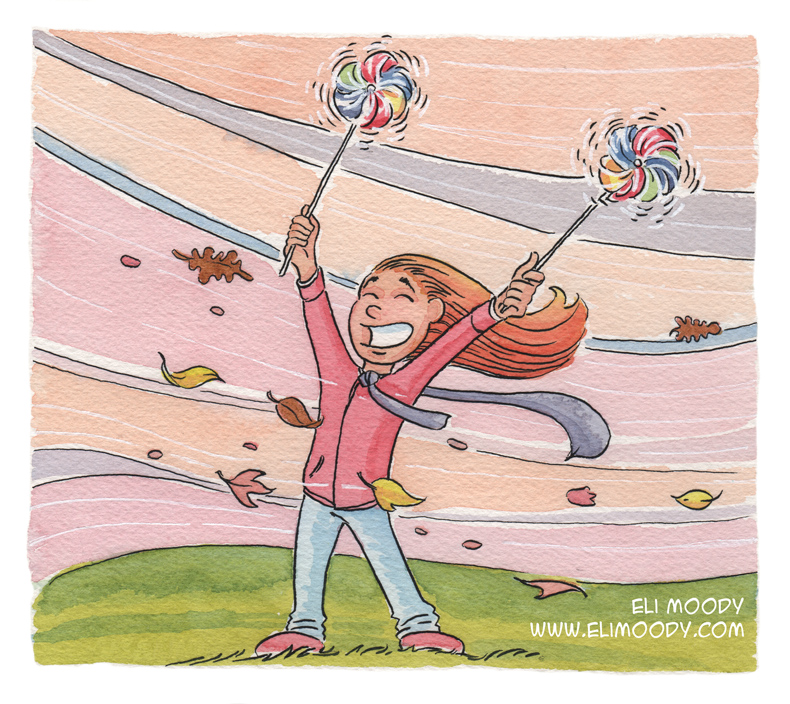 A few years ago I was watching my nieces from Alaska running around a park with some pinwheels and decided that I should paint a scene like that. I loved pinwheels as a kid and even when I pick one up now, there is a particular pleasure in moving it around and seeing that wheel turn. I decided to draw one figure instead of two, but gave her two pinwheels. I also decided that her emotion would be one of unbridled joy, with the wind in her face and leaves flying past her. I added the leaves in particular to reinforce the force of the wind, as does her scarf and hair flying around. Here is my basic sketch: 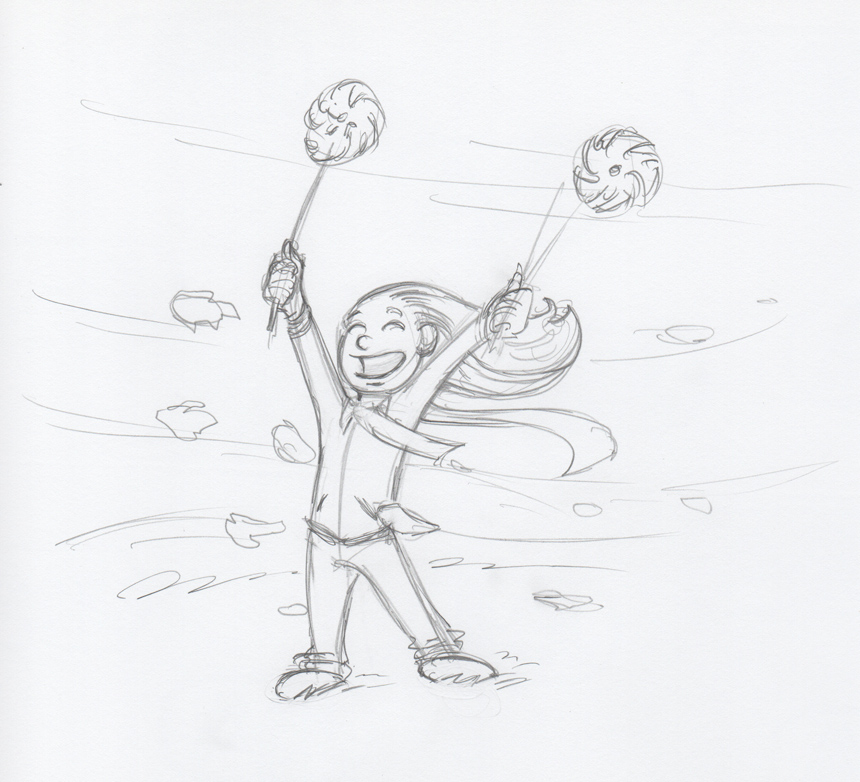 In the inking phase, I decided that instead of loose ‘gusty’ wind lines, I would ink bands of the sky behind her that look reminiscent of wind, but not in the traditional sense. This also allowed me to give the sky an interesting look when painting it. I chose sort of warm pastel colors, with a couple slightly cool ones in there. My final touch was to add white lines for some extra wind, and to help sell the idea that the pinwheels are actually spinning around. I really enjoyed working on this piece and am pleased with how it turned out.