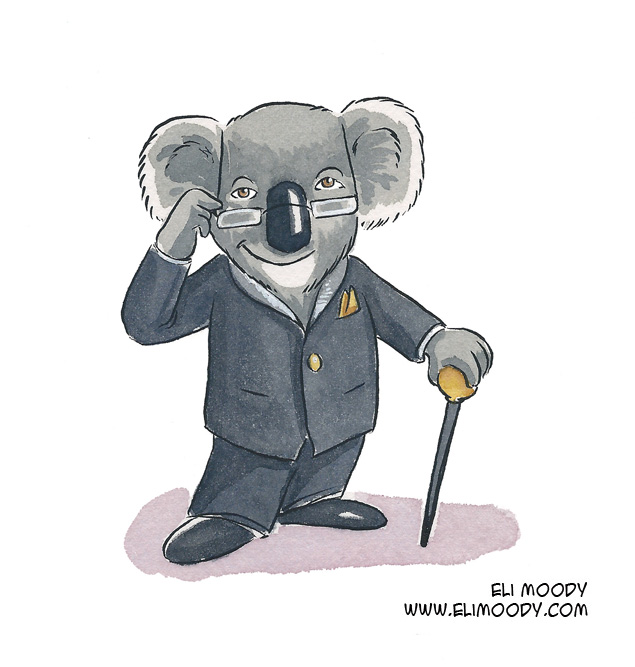 I’ve been wanting to do a watercolor image of a koala bear for a while now, but it took me a while to come up with an image I liked. My first ideas were two koalas, presumably a couple, sipping champagne while enjoying the sunset, or a koala in a hammock with his leg drooping over the side while he munched on a eucalyptus branch, but I couldn’t really get those images to work visually. Finally, I drew a koala dressed up in a suit, looking like a super spy (at least that’s what he was in my mind): 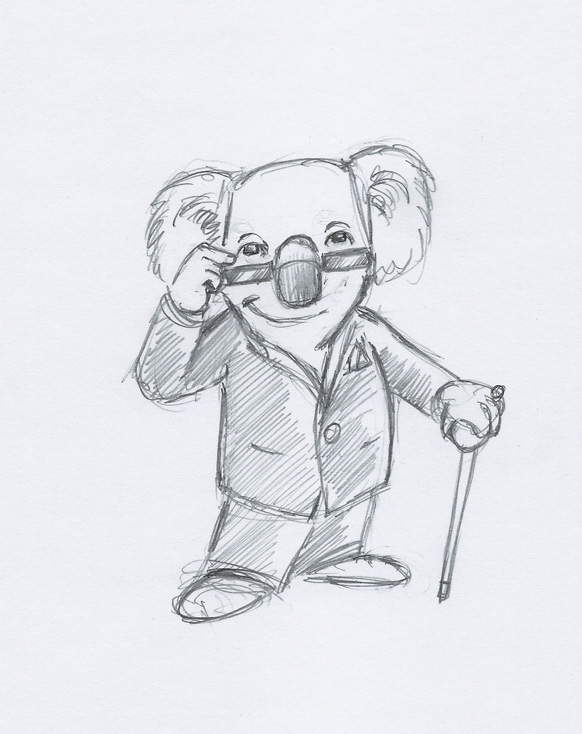 I inked the image on cold press paper, and then he sat around on my art table for 2 months or more while I did other stuff. When I finally got back around to coloring this image, I forgot that in my sketch, his glasses were supposed to be sun glasses, so now he looks more like an aristocrat than a spy, but I still like how he turned out. I used gray with varying amounts of water added to it for most of this image and I’m still really enjoying working on the cold press paper compared to the hot press I used when I first started. Thanks for reading!